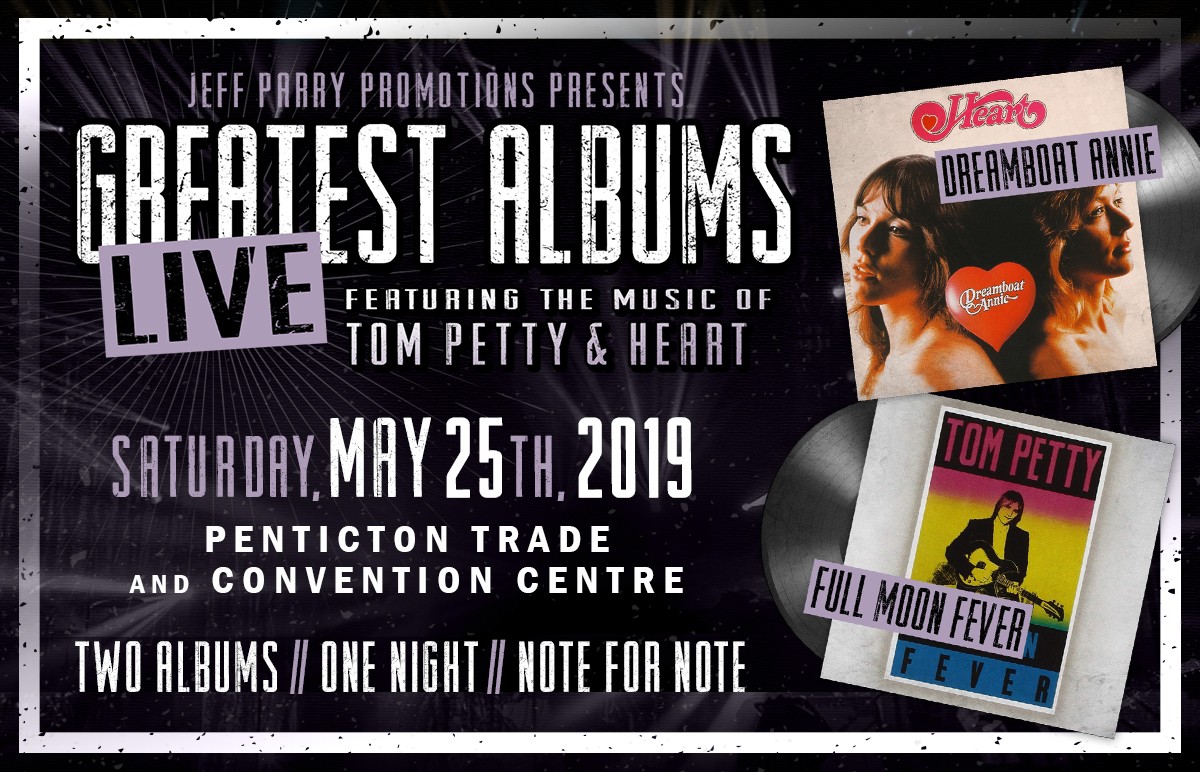 Jeff Parry Promotions and Greatest Albums Live (GAL) return to Penitcton on Saturday, May 25 with their next presentation of two legendary rock albums brought to life on stage. Following the great reception of Led Zeppelin IV and AC/DC’s Back in Black in 2018, GAL brings you an all new show from their world-class band, led by Canadian legend and musical virtuoso Russell Broom (band leader for Fire Aid, Flood Aid, The Last Waltz Remembered and more).

Every note has been poured over with excruciating detail, no riff left un-played, no sound left uncaptured. Celebrate some of the greatest rock and roll songs ever written and don’t miss this unique and unforgettable concert experience LIVE... ONE NIGHT, BOTH ALBUMS, FRONT TO BACK!!